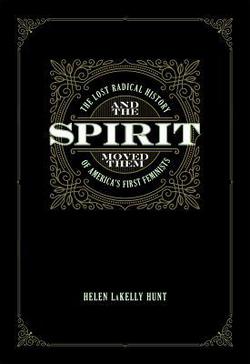 What if the feminist movement in America began much earlier than people realize?

A decade prior to the well-regarded Seneca Falls Convention, black and white women joined together at the 1837 Anti-Slavery Convention in the first instance of political organizing by American women, for American women.

United by their determination to reshape a society that told women to ignore the mechanisms of power, these pioneers converged abolitionism and women’s rights. Incited by “holy indignation,” they believed it was their God-given duty to challenge both slavery and patriarchy. Although the convention was written out of history largely for both its religious and interracial character, these women created a blueprint for an intersectional feminism that was centuries ahead of its time.

Part historical investigation, part personal memoir, New York Times bestselling author, Helen LaKelly Hunt Ph.D. traces how her research into 19th-century organizing led her to become one of the most significant philanthropists in modern history. Hunt’s journey to confront her own position of power meant taking control of an oil fortune, being deployed on her behalf but without her knowledge, and acknowledging the feminist faith animating her life’s work. As a result, she helped found several organizations, including the Sister Fund, Women Moving Millions, and the Women’s Funding Network.

Sign up for our free newsletter filled with practical advice and insights to help you and your partner become the most connected couple you know!